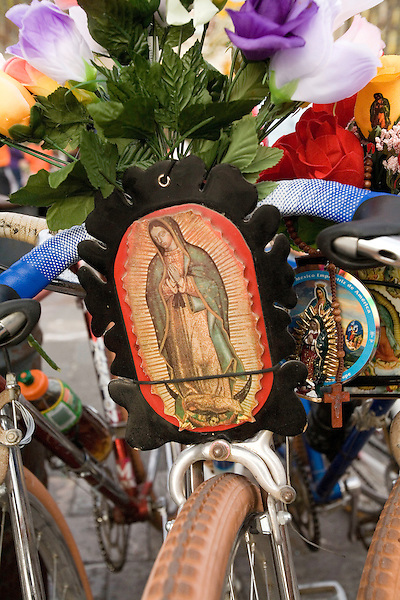 Sunday December 3rd, 2006, Mexico City, Mexico.. As December 12th approaches, hundreds of thousands of devotees flock to the Cathedral of the Virgin of Guadalupe on the hill of Tepeyac near Mexico City, to commemorate her first appearance in the 16th century. People come from all over Mexico to pay their respects to the Virgin, the most popular religious icon of Mexico, walking, riding bicycles and driving for days to reach the cathedral. . Thousands of bikers from San Nicolas, in the state of Hidalgo, rode 5 hours to reach the cathedral, adorning their bicycles with images of the Virgin.