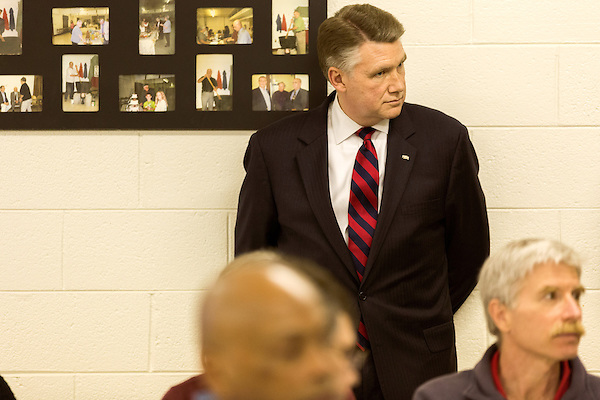 April 6, 2014. Durham, North Carolina.
Mark Harris, seen here waiting for his turn to speak, is one of eight Republican candidates running for Democrat Kay Hagan's Senate seat.
As the the primary scheduled for May 6th grows near, several of the the eight Republican candidates running for the US Senate seat of incumbent Democrat Kay Hagan have increased their public visibility, appearing at events such as the Durham County Lincoln Douglas Lunch, where each candidate was given a few minutes to address the gathered Republican friendly crowd.
© 2014 Jeremy M. Lange http://www.jeremymlange.com