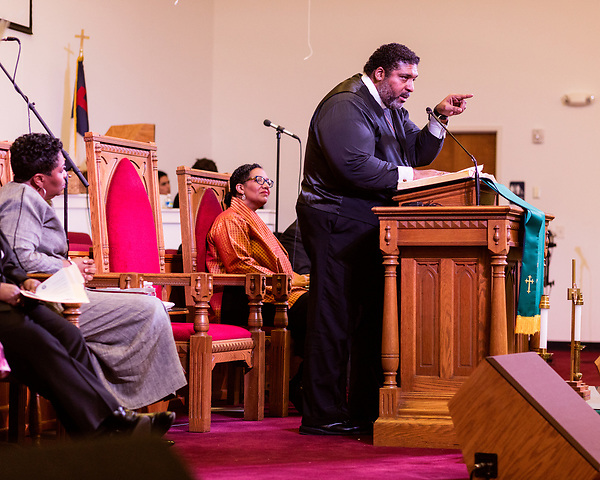 Rev. Dr. William J. Barber, the president of the North Carolina chapter of the NAACP and the leader of the Moral Mondays movement, speaks from the podium at a pre-HKONJ service at Rush Metropolitan A.M.E. Zion Church.

On the evening before the annual HKONJ People's Assembly, a civil rights march tied to the Moral Monday movement, religious leaders from around the country gathered at Rush Metropolitan A.M.E. Zion Church to rally their supporters and speak out against nationwide attacks on civil rights and the Trump administration.