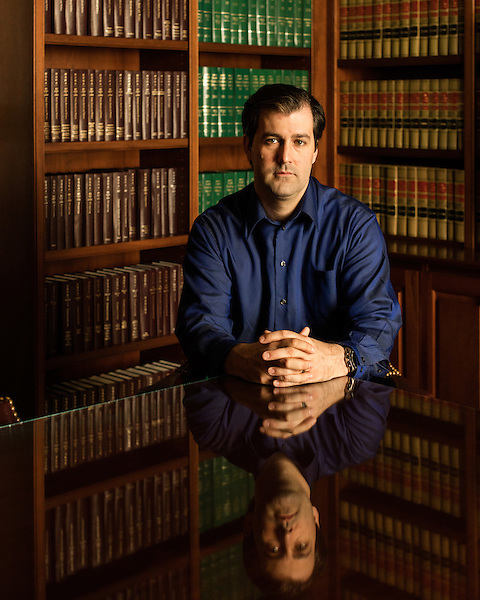 Michael Slager, in the offices of his attorney Andy Savage.

Walter Scott was shot on April 4, 2015, in North Charleston, South Carolina after a routine traffic stop by police officer Michael Slager. Fearing an outstanding warrant, Scott fled the scene and was briefly chased and caught by Slager. After a scuffle, Scott ran again and was shot in the back by Officer Slager. A video taken by eyewitness Feidin Santana captured much of the incident, but some facts between the video and the officer's account were disputed.

Officer Slager's first trial for murder ended on December 5, 2016 in mistrial after the jury couldn't reach a unanimous decision. The lead prosecutor in the case immediately announced her intent to retry Slager, who has also been indicted by federal prosecutors.
© 2016 Jeremy M. Lange http://www.jeremymlange.com