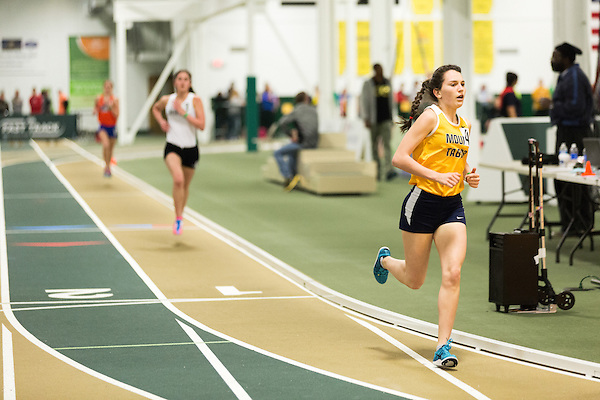 January 25, 2014. Winston Salem, North Carolina.
Kayla Montgomery, right, runs in the 1600m at the 2014 David Oliver Classic. She hoped to get a personal best time in the event, which is not her strongest. She tends to place higher in endurance events partly due to the fact that she cannot feel her legs while running due to her MS.
3 and a half years ago, during an examination after sustaining tailbone and head injuries from a fall during a soccer game, Kayla Montgomery, now 18, was diagnosed with multiple sclerosis. Montgomery, then a decent runner, refused to be limited by her diagnosis, and after years of training has become one of the best high school runners in the country.
© 2014 Jeremy M. Lange http://www.jeremymlange.com